Wikilieak’s most recent release of emails involving Hillary Clinton and her campaign include emails from Jon Podesta that show two different secret lists of reporters who are taking direction from Hillary and, according to the emails, are helping to “frame” her campaign.

Podesta sent an invitation for 63 reporters to have an off-the-record dinner at his mansion. This dinner is where they would talk strategy on how to defeat the American people. The email even states that the campaign would be discussing “framing the race,” with these reporters. Take a look at the copy of the original email.

On top of that, here is a list of the 38 reporters invited to the off-the-record dinner. Here it is. 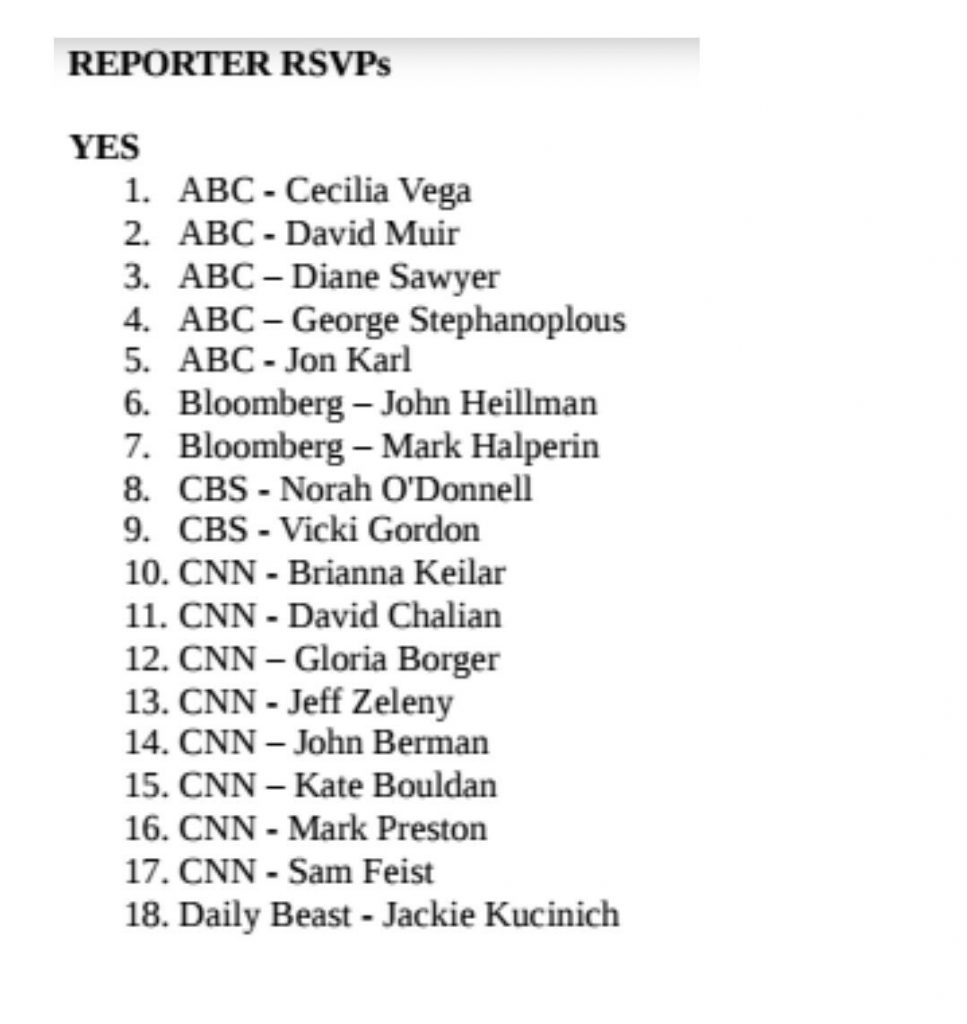 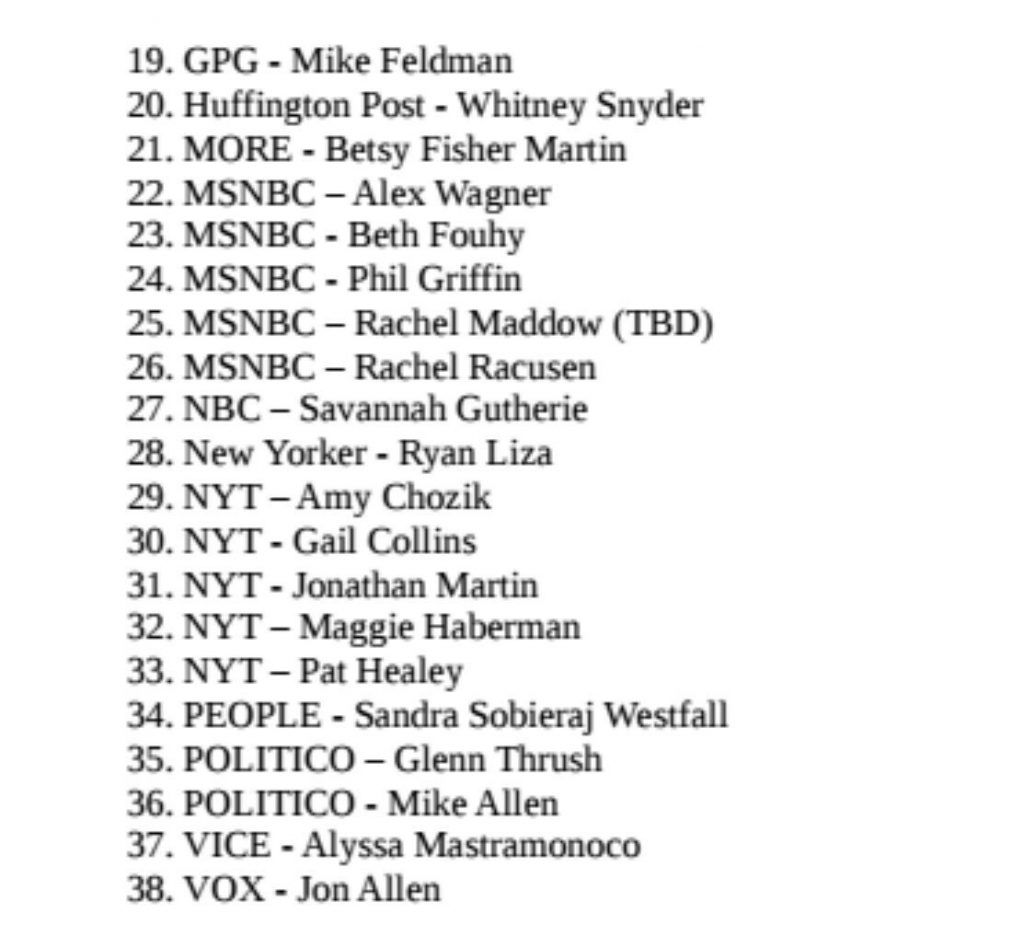 So many who watch the news assume that they are being told information based on the facts of the matter and that the person providing the information is reporting in an unbiased fashion. We didn’t need this information to show us otherwise, but this names names which makes it easier to know when to listen with an open mind and when to know that the information has most likely been “framed,” and distorted in an attempt to shape public opinion. This information truly needs to be reported to the masses by alternative and new media along with social accounts.